Eco hinged deli container will be an added convenience for your customers, allowing them to take your culinary creations with them wherever they go!

With its one piece, hinged construction, the product features a leak resistant closure. The solid construction won’t break down when in contact with oils, salad dressings, and other sauces.

Containers made from 100% post consumer recycled (PCR) PET, the carbon footprint was reduced over 50% per thousand containers produced. 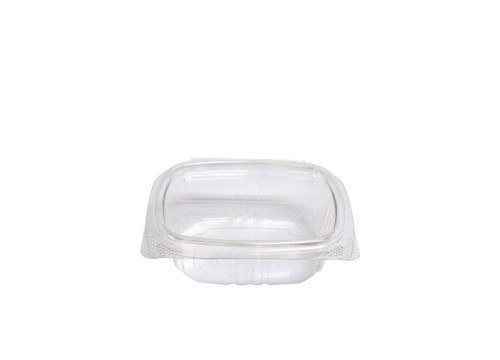